Suppose we have a file system that stores both files and directories. An example of one system is represented in the following picture:

In text form, it looks like this (with ⟶ representing the tab character):

Every file and directory has a unique absolute path in the file system, which is the order of directories that must be opened to reach the file/directory itself, all concatenated by '/'s. Using the above example, the absolute path to file2.ext is "dir/subdir2/subsubdir2/file2.ext". Each directory name consists of letters, digits, and/or spaces. Each file name is of the form name.extension, where name and extension consist of letters, digits, and/or spaces.

Given a string input representing the file system in the explained format, return the length of the longest absolute path to a file in the abstracted file system. If there is no file in the system, return 0. 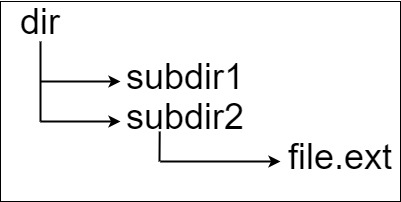 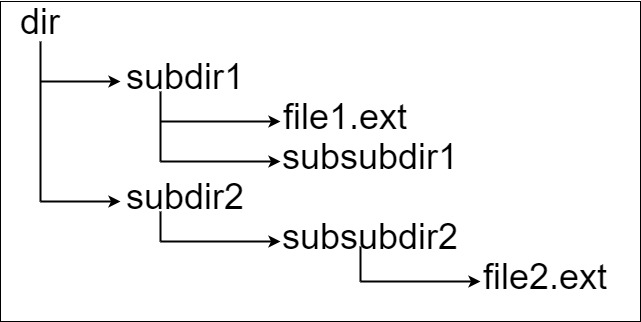